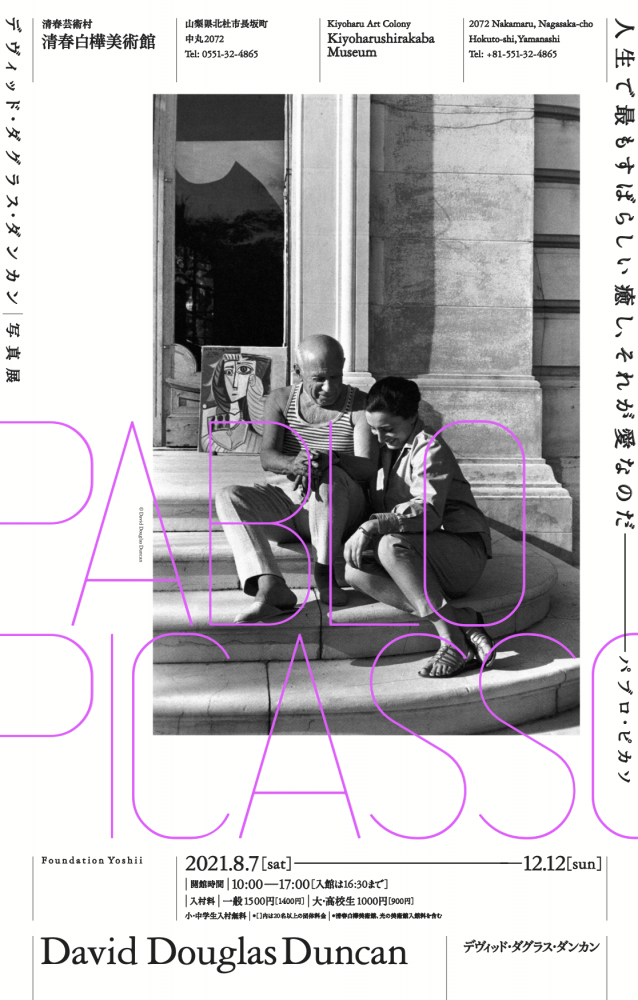 From 7th August to 12th December 2021, Pablo Picasso / David Douglas Duncan, ‘The greatest healing in life, it is love’, will be held at the Kiyoharu Art Village, Kiyoharu Art Museum, Exhibition Room 2.

Picasso is a man inspired by love, as he himself says: “The greatest healing in life is love.”

In his later years, Picasso was rarely seen in public and kept his favorite works with him, but a photographer captured him with his beloved wife Jacqueline. That photographer was David Douglas Duncan, an internationally renowned photographer known for his war photography. The interaction between Picasso and Duncan began in 1956 when Duncan visited Picasso at his villa, Villa La California, in Cannes in southern France. When Picasso learnt that Duncan was a friend of the photographer Robert Capa, he warmly invited him into his home for the first time, saying “If you are Capa’s friend, you are my friend”, and they immediately became friends. Duncan photographed Picasso that day while he was bathing, and this was the start of a 17-year relationship that lasted until Picasso’s death. Duncan’s records provide a new insight into the sources of Picasso’s art and the way he dealt with his art in his later years.