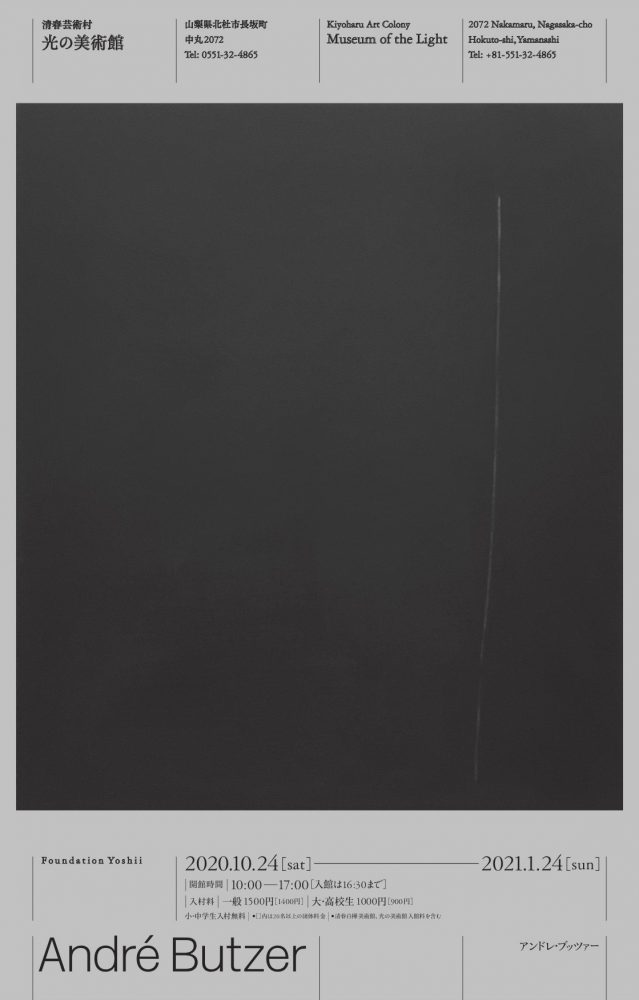 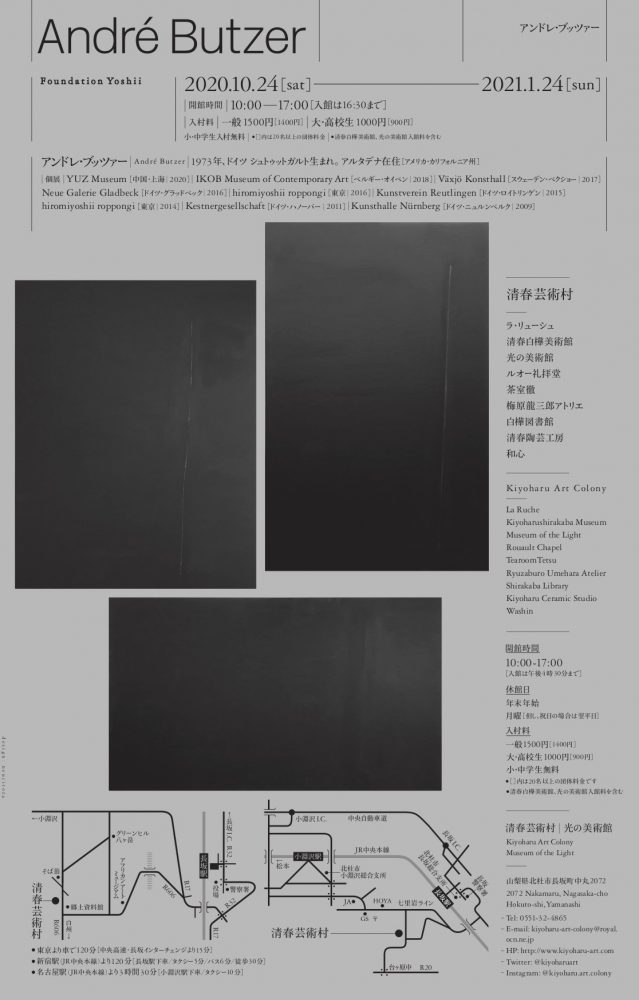 The exhibition André Butzer will be held at the Kiyoharu Art Colony, Tadao Ando’s Museum of Light from Saturday 24th October 2020 to 24th January 2021.

André Butzer is a German painter who has received high acclaim around of the world, including the recently release of items in collaboration with CELINE in May this year.

The exhibition will feature one of his most famous series, <N-Paintings>.

Art is never obvious. The truth is always partially hidden.-

The present series, the so-called ‘N-Paintings’, has been produced over many years and can be described as a series derived from all the images I have painted, especially the images of works with a composition of ‘grey’ and a ‘cable’ on top of it.

[N-Paintings] has endless itself. Conversely, it is already infinite in itself, which is precisely why it is not necessary to paint it forever. They never end. In other words, the tasks that N-Paintings performs, and the tasks that it has, are infinite. This task would exist even if I were not here.

Anyway, I decided at the outset that [N-Paintings] should be at the centre of my whole being. Otherwise, it would all be over. Now they are the nucleus.

This text has been edited from a collection of conversations in four interviews conducted by Andre Butzer with Bodensee TV, VICE / Garage Magazine, Kunstforum international and Lena Tilk.